April 2013 Wilmington NC events are presented by favorite Wilmington attractions and organizations. Plan ahead so that you can attend the North Carolina Azalea Festival, Wilmington concerts, races, shows, and more. Visiting Wilmington from out of town? Make your hotel reservations today at the Staybridge Suites Wilmington or the Holiday Inn Wilmington hotel.

Are you attending an upcoming April event that is not on our list? Submit your event details today so that we can share them with our fans! 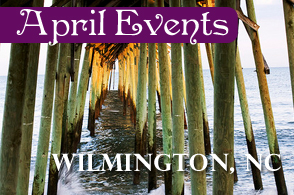 April 10 - 14, 2013
The North Carolina Azalea Festival in Wilmington, North Carolina is the largest festival of its kind in the state. Enjoy a full week of natural beauty, big-name entertainment, festive galas, fun family events and Southern hospitality at this premier Wilmington event. The Festival's concerts, fairs, and special events attract hundreds of thousands of people each year. Start planning today so that you can enjoy this incredible Wilmington event. Click here for more information.

Rims on the River in Wilmington NC
April 19 - 21, 2013
Rims on the River is an annual event in downtown Wilmington, North Carolina. Cars and motorcycles dating 1980 and older line the streets of the historic downtown area, with the Cape Fear River and the diverse collection of retail stores as their backdrop. This event has grown into a premier show, drawing a wide array of cars from the entire southeast region of the state, as well as a few neighboring states. Visit the Rims on the River Facebook page for more information.

14th Annual Cape Fear Community College Boat Show
April 20, 2013 from 9:30AM - 4:30PM
The CFCC Boat Show is an annual celebration of the craft of boat building. Held on the banks of the Cape Fear River in downtown Wilmington, CFCC's boat show attracts thousands of visitors every year. The event will feature a wide variety of wooden and fiberglass boats, including kayaks, skiffs, and boats from the Simmons Skea Skiff Club. Call 910-362-7403 for more information.

2013 5K Race for the Planet in Wilmington NC
April 21, 2013
The North Carolina Aquarium at Fort Fisher brings you the fifth annual 5k Race for the Planet this April 2013. Celebrate your health and Earth Day by running or walking the greenest race around. Runners and walkers receive organic t-shirts, FREE admission to the aquarium on race day, reusable shopping bags, and wildflower bib numbers ready for planting. Call 910-458-7468 for more information.

The Carolina Cup in Wilmington NC
April 25 - 28, 2013
Kick off the 2013 season with 4 Carolina Cup Courses! There will be a kids race, a recreational fun race, an open race, and an elite race. In 2012, the Carolina Cup was the largest race on the East Coast with over 400 paddlers competing in the first day of races. Be part of the 2013 event to make it bigger and better than ever before.

2013 Annual Street Festival in Kure Beach
April 27, 2013 from 11AM - 9PM
Enjoy delicious festival food, arts & crafts, and LIVE entertainment including a clown, balloon sculptures, and face painting. Stick around til the end of the night for a spectacular fireworks show. 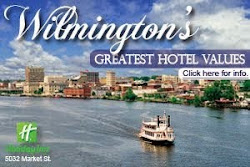 Sister Sites in Nearby Cities